Thanks for wondering about who I am!  I get a lot of that.

I’m also an/the instructor in your class, and I’ll gladly admit that teaching is one of my greatest joys.

And now on to the main show… 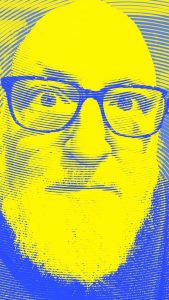 Dr. Kramer is a telecommunications law and regulatory policy leader.  He served as the co-chair of the FCC-recognized committee that developed the analog technical standards and regulation of cable television systems.  Kramer has been a testifying expert witness in somewhere north of 40 federal and state court cases regarding wireless and cable television technology. Additionally, he served as the advisor to the League of California Cities during the key negotiations and hearing regarding SB 1627, California’s wireless co-location law.

Dr. Kramer is also the co-author and editor of articles in federal government publications on radio frequency interference matters and wireless technology.

Being bored during the pandemic, he also studied for and passed the California Department of Real Estate Broker license examination, then opened a real estate property management and brokerage firm to help landlords deal with their wireless lease tenants.